Last week, I was on vacation with my family.  We spent some time in the Mammoth Cave area.  Naturally, the first thing we did was visit the caves.  I have toured caves a couple other times, the Luray Caverns in VA and the Tuckaleechee Caverns in Tennessee, so caves are not new to me.  However, the Mammoth Caves really blew me away!  My husband kept commenting on how enormous the cave was and I could not resist.  "Yes, dear, it is MAMMOTH!" I finally blurted out. 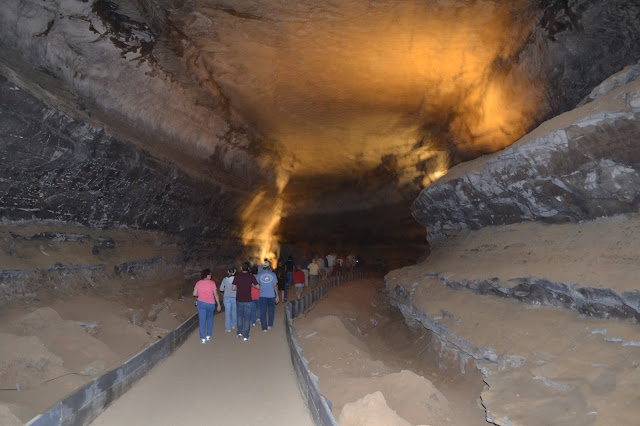 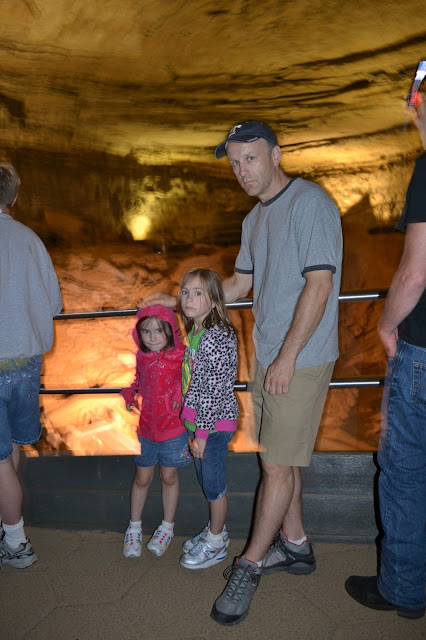 The size of this cave is really amazing, making it a must-see cave.  Before you take any trips with children, I would suggest you read the book Journey to the Bottomless Pit by Elizabeth Mitchell.  This book tells the story of slave who gave tours of the caves beginning in the 1830's and the many discoveries he made.  I was thankful that a teacher friend of mine recommended it to me before we went.  My girls really enjoyed the story and once in the cave, were excited to see all the discoveries Stephan Bishop made.  And, their ears really perked up and they listened to the tour guide speak of his discoveries. (Thanks, Becky!)

We took both the Historic Tour (moderate) and the Frozen Niagara Tour (easy).  My girls, ages 4 and 7 had no problem keeping up with these tours.  However, with the 550 steps, my problem knee wasn't too happy with me. 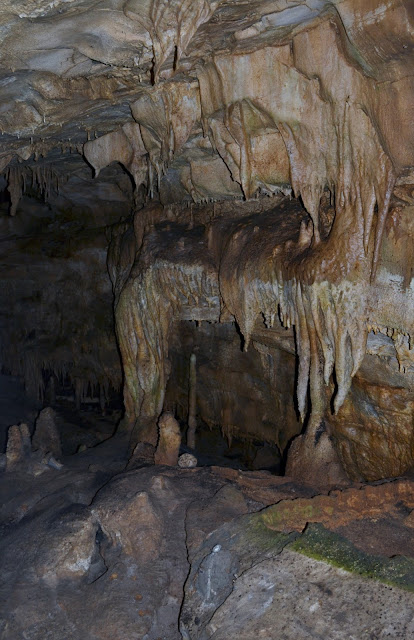 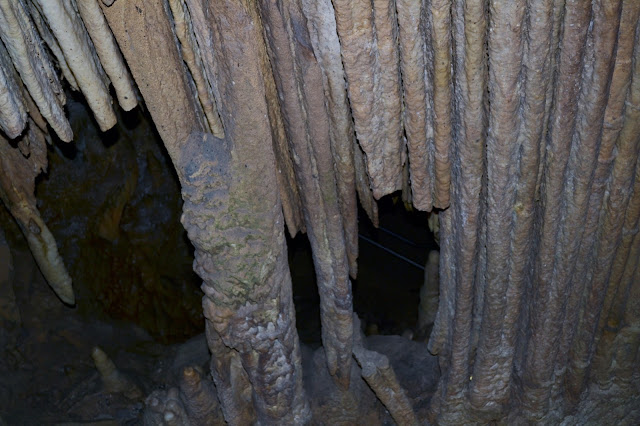 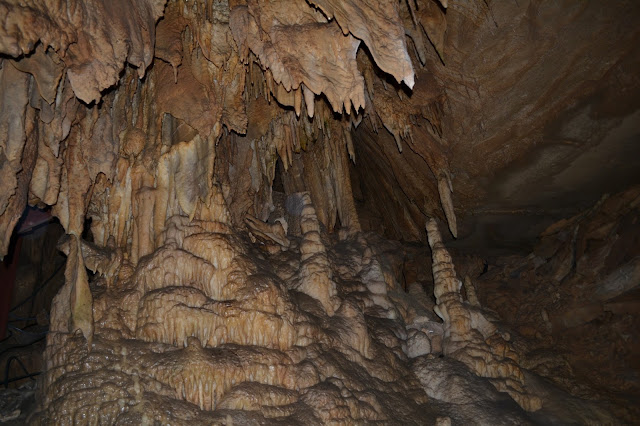 Of course, we took our little travel trailer.  We stayed at the Jellystone Campground, Mammoth Caves.  My husband and I knew going into this that it was not our type of campground (you know, quiet, peaceful, hear the birds singing) but knew it offered a lot for the children, including a pool, waterslide, mini-golf and other activities.  Turns out we were there for one of their big, annual events--water wars!

The calender instructed campers to bring their water guns and I had thrown ours in for good measure.  We had no idea what to expect, but by  7am Saturday, the campground was hopping with excitement.  People brought kiddie pools, huge totes, water balloons, homemade water blasters, super soakers, buckets, you name it!  By the start of water wars at 1pm, people were going nuts.  As my husband said, the adults were acting like kids, running around soaking people.  If you were unrmed, people pretty much would leave you alone, but if you had a gun, water balloon or made faces, it was WAR!  The man next to us had stocked up 80 gallons of water at the start of the wars!  People rode around in golf carts or the back of trucks and would attack those lined up along the roads who were soaking them.

One of the funniest sites was a grown man, riding a stick horse, hopping around blasting his gun through a line of fire.

The best was the Hey, Hey, Hey Supersoaker Ride.  This is a hay ride (you know--Yogi Bear--Hey, hey, hey) that went around the campground and everyone attacked it with water.  People were throwing buckets of water, water balloons, hosing, squirt guns and anything they could think of at the people on the hay ride.  My husband made the mistake of leaving his shoes on and I think they are still wet!  Fortunately, Claire did not want to go so we simply helped in the soaking of the riders.

I will have to say, I hadn't laughed so hard in a long time!

Beside the water wars, Jellystone had many other planned activities, including tie dye shirts, crafts, candy bar bingo, marshmallow stuffing contest, dancing, movies and karaoke. There were numerous appearances from Yogi, Boo Boo and Cindy, too. All in all, we had a fun time and the kids are talking about next year! Even my husband and I would like to go back again.

Looks like you guys had a great time! We went on our first family vacation in September to Mammoth Cave and we had so much fun! We will be going back again this year for sure! :)

Hobbies on a Budget said...

My husband and boys went to Mammoth Cave this past Fall. Looks like a great trip! And I love camping! Can't wait till spring break! It's time to get the tent out and head out to the mountains!

Looks like a lot of fun and very interesting. Hey...I want to see Yogi Bear too!

My parents took us when we were young. Now I need to take my kids!

It looks like they had a blast with the water fight :) Glad I wasnt the one getting fired on from both directions, though... :)