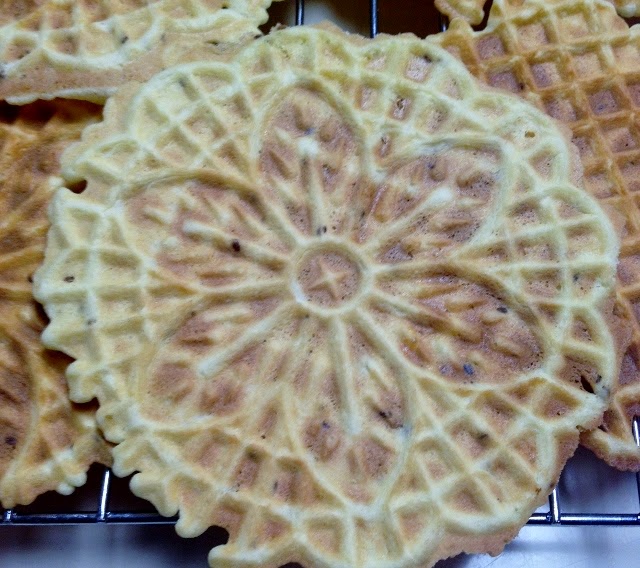 One of my mom's favorite recipes was for the Italian Pizzelles.  She would make them every Christmas.  Pizzelles are an Italian waffle type cookie, traditionally made with anise seed or extract.  (However, there are numerous variations.) Somewhere along the way, my Dad came across an extra (affiliate link to follow) Pizzelle Maker

.  No one else was interested in it, so I took it and decided to start making these cookies when Mom's vision got too poor for her to make them.  I was living in the south at the time, and had been introduced to White Lily Flour.  I had tried this flour in our family Italian Easter Bread recipe, but it took a
way from the recipe.  I had some leftover and gave it a try in our Pizzelle recipe.  It worked just as I imagine!  The Pizzelles were light and crisp.  My mother was amazed!  She loves thin, lacy Pizzelles, but was never able to get them as light as mine.  I know the secret is in the flour! 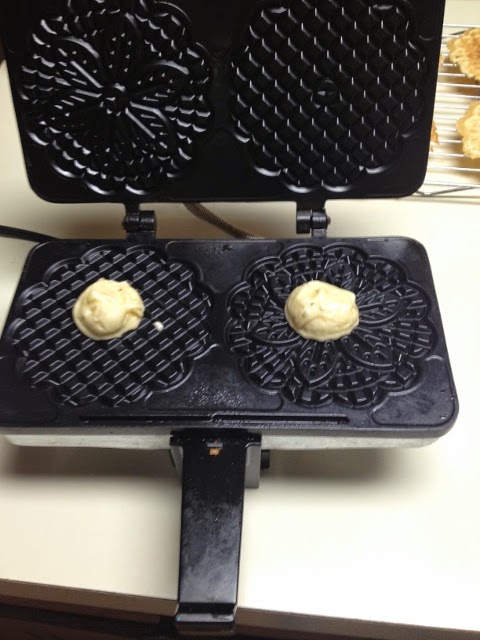 Anyway, I made a batch tonight and thought I would share the recipe.  If you like light, lacy Pizzelles, this recipe is for you.  (I know some prefer thick, heavier Pizzelles.)

Beat eggs and sugar.  Add cooled melted butter, vanilla and anise and mix.  Sift flour and baking powder together and add to egg mixture.  My batter is softer than a regular cookie mix, but it works.  Drop by teaspoon onto the Pizzelle iron.  Don't put directly in the center, but a bit towards the back so when you close the iron, it will spread evenly.  Generally, each cookie takes 40-55 seconds to bake.