Goodbye to a Wonderful Old Friend

My husband was recently in an auto accident where his truck was totaled.  We had to say goodbye to our old friend.  Our 4Runner was nearly 18 years old and had well over 200,000 miles on it.  We bought it almost 11 years ago--just before my oldest daughter was born.  We paid cash and have never had a payment on it.  We have traveled many trips in it and have many memories with it.  My husband had many deer in the back.  It was reliable.  We had it for 9 years before we discovered it had a check engine light.  We only had three small repairs on it.  Unbelievably, it was still worth $3500! 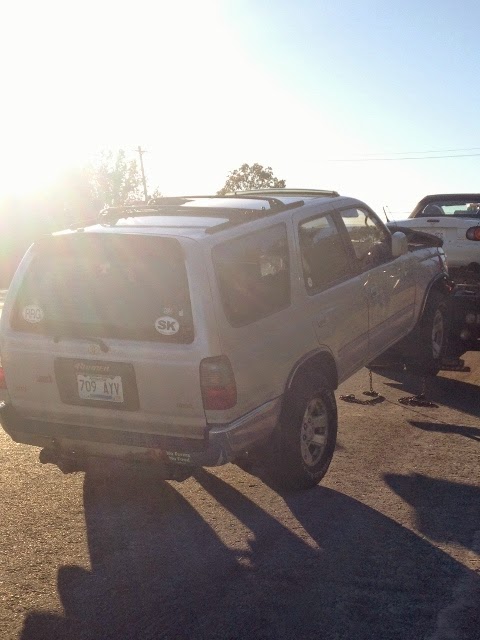 When we bought another used 4Runner, one that was much nicer, we quietly argued on the way home from the dealership over who had to drive the new 4Runner.  He won the argument.  We referred to the new one as 007 and the old one as '97.

As strange as it may seem, we both were attached to that old 4Runner.  It was sad to see it towed off.  Later, my husband went to clear his stuff out of the truck.  When he returned home, he said, "I know cars don't have feelings, but it looked pretty lonely over there in the corner of the lot.