Blessings from the Most Destitute of Places 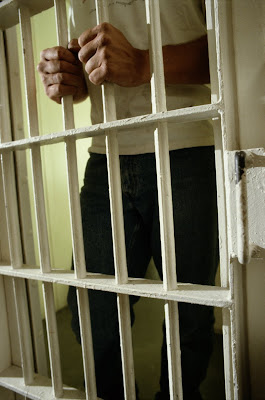 I hope each and everyone of my readers has a great Thanksgiving!  Even with all the challenges I have faced this year, I have so many things to be thankful for.  But most notably, I am thankful for one young man in prison.  This is the young man who killed my best friend 2 years ago.  I know this may sound strange to some of my readers, especially since I haven't shared what has transpired since my friend's death.  (For those of you who don't know the story, you can read more about it HERE or search "Chris" on my blog.)

Chris was murdered by his foster son who was I think 21 at the time.  I had only met his foster son twice as I had moved out of state prior to Chris fostering him.  He had fostered the young man for about 10 years.  Mental health and substance issues plagued the boy and one night, he did the unthinkable.

So, it sounds strange that I would be counting this young man as a blessing in my life, but I am.  The day I found out that Chris died, I wrote this young man a letter telling him I forgave him...because I did.  He had a horrible past history of abuse, compounded with mental health issues.  Chris loved him unconditionally, but this child could not accept it due to his history.  In my mind, Satan had a hold of his heart.  Not forgiving him would lead me to anger and hatred, and we already have enough of that in this world.  Chris wanted the best for this young man.  He wanted him to find God and be successful.  But in an instant, it was gone.  And I knew Chris would want me to take over.  I felt charged with his care.

Chris' family was pretty much all this young man had.  And although it took months before I finally mailed the letter to him, I did.  And he wrote back.  We continued writing back and forth over the past two years.  He, not understanding how I could forgive him, and me, trying to lead him to God.  He not forgiving himself, and me, forgiving him.  He feeling angry at God and the world, and me, encouraging him.

It has been a long road.  But a few months ago, he starting understanding and accepting love.  He understands God can forgive him.

And so, as I finish another letter to him, I feel blessed.  Blessed that maybe for the first time ever, this child of God can feel His great love.

Some day, some day, I will share the full, beautiful story, Letters With Perry.  Until then, God Bless!

Oh, Ann! You are Love, pure and sweet. I do believe a special place awaits Perry, one where he will be reunited with Chris. And I do believe he is ever so lucky to have your forgiveness and your compassionate care as part of his life. Your strength is phenomenal! Happy Thanksgiving, my friend, and may God continue to bless you.