Why You Should Play in the Dirt 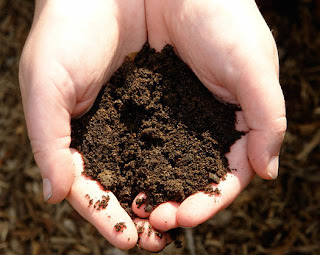 I know this may sound strange, but dirt is one of my favorite things. (No, not dirt as in dirty house, but dirt as in rich soil.) I was thinking about that this past weekend when I was potting some plants and had my hands in the soil. A brief thought crossed my mind that I really ought to put gloves on because I was getting dirt under my nails, but I quickly dismissed it. I love the feel of the dirt. The smell of the dirt. And what it does (you know--all the good stuff--helps plants grow and all).

Yes, dirt is good. In more ways than one. Did you know that research has shown that a strain of bacterium in soil, Mycobacterium vaccae, provides emotional health benefits? This was discovered when a physician, in London was testing an experimental treatment for lung cancer that involved inoculating his patients with the bacterium. The doctor not only observed a decrease in cancer symptoms, but noted an improvement in her patients emotional health. Since this discovery, researchers have discovered it lowered the stress in mice and are now looking at the possibility of a vaccine with the bacterium to treat depression (I am sure that's a long way off).